Podcasters Of Horror Episode 7 – Imprint and The Damned Thing

Welcome to a brand new Mini Podcast series from The Super Podcast with Podcasters Of Horror! This mini-series will cover short reviews and discussion for every episode of Mick Garris’ horror anthology series Masters Of Horror!

Your trusty hosts ‘Super’ Marcey Papandrea and ‘The Terrible Australian’ Bede Jermyn are back with another episode of Podcasters Of Horror, however this time we are not alone as we are joined by first time guest Chris Barnes of Cinema Etc. For this seventh installment we take a look at Masters Of Horror‘s thirteenth & season 1 finale episode Imprint and the first episode of season 2 The Damned Thing. 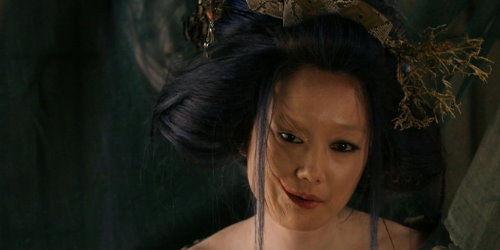 * Chris talks about when he first saw Masters Of Horror

* We talk about the controversy surrounding Imprint and why it was banned from airing in the U.S.

* Marcey had never seen Imprint prior to this podcast. What did she think of it?

* What we makes Imprint the most beautiful, scariest and disturbing episodes of the whole Masters Of Horror series

* How does Tobe Hooper’s second episode The Damned Thing compare to his season 1 episode Dance of the Dead?

* Who among us really liked The Damned Thing when it first came out but now years later, doesn’t like it? Also who thinks that it’s the worst episode of the entire series?

* Our ratings for each film