Hey everyone! Welcome to the 49th edition of my Bad Movie Tweet-A-Thon series. As you already know last month here on SuperMarcey.com, I posted up poll with three bad movies and I said that whichever one out of those three films had the highest votes, I would watch and live-tweet for this column. Well, the votes are in and you all have spoken. For this 51st instalment of Bad Movie Tweet-A-Thon, you guys wanted me to watch and live-tweet… NORBIT! Is this without a doubt *the* worst film that Eddie Murphy has ever been a part of? Will we figure out how on earth did this film get an Academy Award nomination? Read on and find out! Enjoy!

I know I’ve said this many times before but I’m going to say it again, is it too late for me to *not* watch this film? #Norbit

Ahh, NORBIT. The film so terrible that it literally cost Eddie Murphy from winning the Oscar for DREAMGIRLS. #Norbit

Why does Norbit sound like Adam Sandler doing his voice from THE WATERBOY? #Norbit

Yeah, if a baby was thrown out of car like that in real life, it totally would be dead. #Norbit

Oh, no. Eddie Murphy is playing a character named Mr. Wong and he’s portraying him in yellow face. #Norbit

You would think since he starred, co-wrote and produced the film, Eddie would have come up with something a lot better than… This. #Norbit 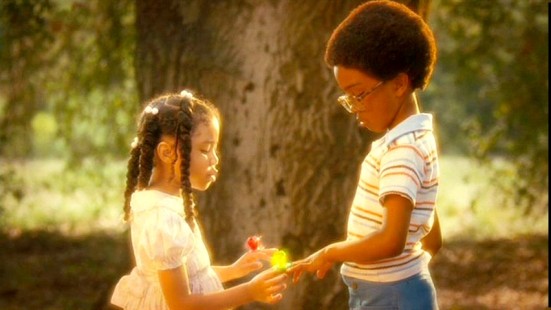 D’awww! Young Norbit and young Kate are so cute together. #Norbit

Oh, no. Norbit’s new girlfriend Rasputia has arrived and she just beat the crap out of the Weasley twins. #Norbit

This film is going to have a lot of fat jokes in it, isn’t it? #Norbit

I think it’s scientifically proven that no matter how bad a film will be, Terry Crews will always be the best part of it. #Norbit

I know Eddie likes the play multiple characters in some of his films but Rasputia is the most grotesque one that he has ever played. #Norbit

Remember when Eddie Griffin was a big thing in the early ’00s? Yeah, me neither. #Norbit

Wow… This film has so far made so many racial stereotypes, fat and misogynistic jokes. We’re still in the first act by the way. #Norbit

I’m starting to think that this film is actually horror film, not a comedy. #Norbit

Geez. Rasputia is so abusive towards Norbit. I’m really disturbed by this to be honest. #Norbit

Hey… Is that Marlon Wayans as the dance teacher?! I have never noticed that before! My mind is blown right now! #Norbit

Nice to see that the filmmakers are using the Universal backlot to their advantage for this this film. #Norbit

I like to imagine that Eddie Griffin is playing the same pimp character as did from DEUCE BIGALOW. #Norbit 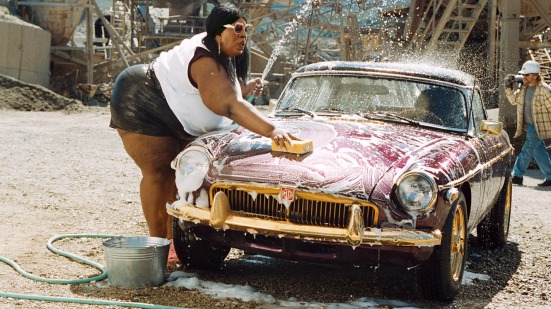 Besides being the most grotesque, Rasputia may be the most terrifying character Eddie has ever played as well. She’s even more terrifying than the one he played in VAMPIRE IN BROOKLYN. #Norbit

The kid’s reactions while watching Norbit’s puppet show are also the same ones that the audience had watching this film. #Norbit

Oh hi, Thandi Newton! You must have got blackmail into being in this film too, huh? #Norbit

Geez, this scene where Norbit and Kate getting reacquainted goes really quick. #Norbit

Wait, why did Norbit go back home with Rasputia? I thought he broke up with her. #Norbit

Hi, Cuba Gooding Jr. Why am I not surprised that you’re in this film too? #Norbit

Hmmm… I wonder if Eddie knew that Cuba was going to replace him in the DADDY DAY CARE sequel? 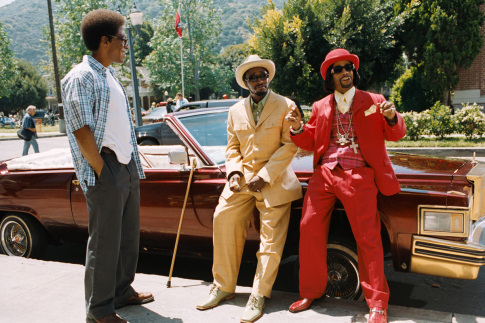 Okay, I gotta admit. The expression on Kate’s face when she sees Rasputia for the first time is a little bit funny. #Norbit

Geez. Rasputia just told Norbit that she lied about being pregnant. Man, there’s no lows that she will go. #Norbit

I find it really disturbing that this film is a comedy about a physically and emotionally abusive relationship. #Norbit

Kate just tried to shock Norbit with electric paddles. I’m starting to think that every character in this film is crazy. #Norbit 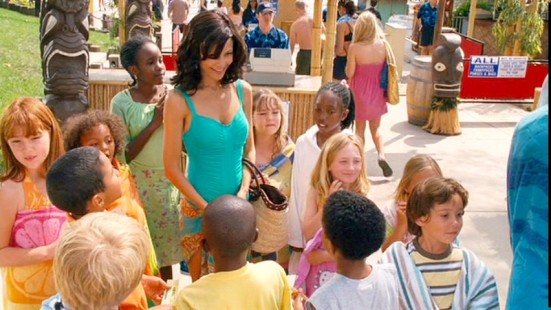 I don’t know who’s idea it was to put Rasputia in a two piece swimsuit but they should have been fired. I’m absolutely horrified right now. #Norbit

I honestly think that Thandi Newton isn’t actually acting every time she gives a disgusted look to Rasputia. I wouldn’t blame her. #Norbit 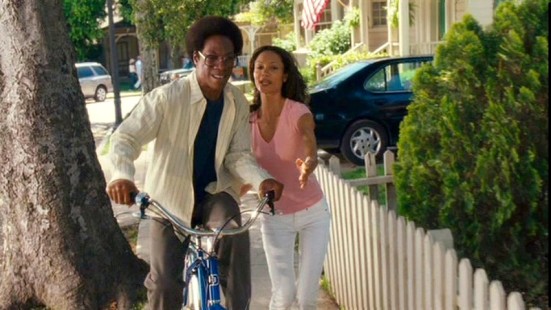 “Mary, Mother of God!” Funny that’s my same reaction to everything that has happened in this film so far. #Norbit

I wouldn’t be surprised that the street that Norbit lives on is the same that was on DESPERATE HOUSEWIVES. #Norbit

No. No. Nooo… WE’RE NOT HAVING A SCENE A OF RASPUTIA GETTING A BIKINI WAX?!!! NOOOOOO! #Norbit

This is a nice scene between Norbit and Kate. It’s too bad that it’s surrounded by the rest of the film. #Norbit

I don’t know how Norbit survived flying through that wall but I honestly don’t care anymore. #Norbit

“That’s kind of racist” Nobit summing most of the jokes in this film. #Norbit

It’s funny how Rasputia is suppose to be younger than her older brothers but she looks way, way older. #Norbit

Always remember everyone. NORBIT is an Academy Award nominated film due to its make up. Yeah, I still can’t make sense of it either. #Norbit

You know I’d appreciate this scene of Norbit finally standing up to Rasputia if this whole film wasn’t so awful. #Norbit

Well, not only was Cuba’s character a doucebag, he’s also a dead beat baby daddy as well. #Norbit

This fight scene between Rasputia and some of the towns folk is really boring. #Norbit

Wait, did Mr. Wong just threw a harpoon into Rasputia’s arse?! What the hell is going on?! #Norbit

No, movie. I don’t want to see Mr. Wong tongue kiss his wife like that! Eeewww! #Norbit

Norbit & Kate are finally getting married. Thank God ’cause that means the film is almost over. #Norbit

Yeah. Of course this film would end with Rasputia working as stripper and doing a parody of a scene from FLASHDANCE. Ugh. #Norbit

Well, that’s the end of the film. Eddie Murphy has had a lot of low points in his career, NORBIT is definitely the lowest one. #Norbit

I hope everyone enjoyed reading this 51st edition of my Bad Movie Tweet-A-Thon! Keep a look out in late June for my 52nd edition, which I could be doing on one of the following three bad films: BABY GENIUSES, PLANET OF THE APES (2001) and THE WIZ. Which one will it be? Vote on the poll which will be posted here on The Super Network soon!