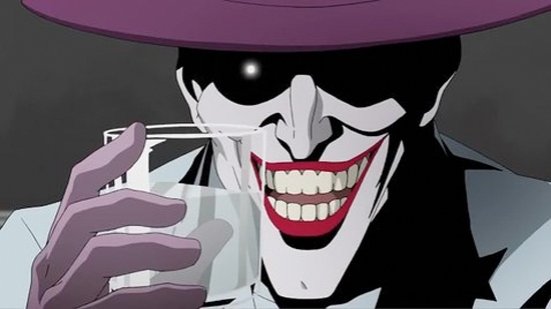 Welcome one and all to a bonus Super Podcast episode for this week!

Please join your always trusty host Super Marcey (aka Harley Quinn) as she is joined by regular site contributor Bea Harper (Poison Ivy) and Chris Innis (The Joker) as they discuss some DC animated films and DC trailers!

First up Marcey and Bea review DC’s latest animated offering with the adaptation of The Killing Joke. The film had one off screenings around the country on Sunday, with some bonus content featured as well. Chris then joins the ladies to discuss the SDCC trailers for DC that hit a couple of days ago. Finally we all review some recent DC animated films with Son Of Batman, Batman vs. Robin and Batman: Bad Blood.

*What we made of ‘that scene’ from The Killing Joke

*Did Mark Hamill and Kevin Conroy come back in style?

*Which one of the other DC animated films is the best?

*What sets Damien Wayne apart from the other Robins?

*Plus so much more!

Jeremy Sisto as Talon is magical in Batman vs. Robin!