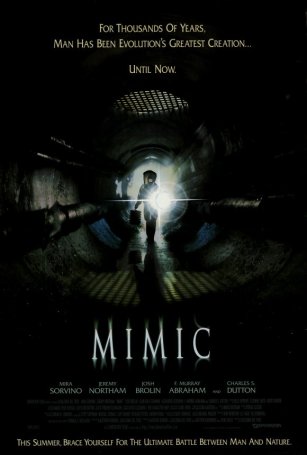 A trial by fire was Del Toro’s very first Western science fiction thriller that while valiant at the core failed due to studio insistence that Western audiences were a bunch of gurgling, mentally-defective trilobites thereby giving us what could have been an interesting and compelling analogy about the failures of human arrogance and entitlement toward the natural world into Human Vs. Mutated Monsters, which, as we know, isn’t a bad thing on it’s own, but in context to the issues and topics the original story wanted to put forth only to be dumbed down. Broken down on it’s own merits it’s intriguing and occasionally quite thrilling but as a whole it is sorely let down by the studio’s grubby mitts all over it like a pair of dirty kid’s hands touching a perfectly delicious bunch of cookies on a plate. Thankfully Del Toro stuck to his guns and battled his way past this unfortunate experience to become the brilliant craftsman he is today. 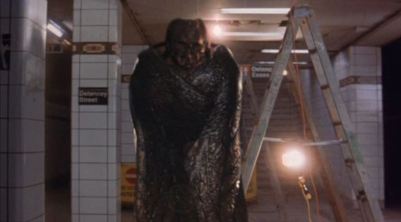 Thank you all so much for accompanying me on this journey through Guillermo Del Toro’s directorial filmography, folks despite Remy The Chozo Bird’s insistent screeching. Your support to SuperMarcey.com is as always welcomed with open arms and happy hearts. ❤ ❤ ❤ ❤